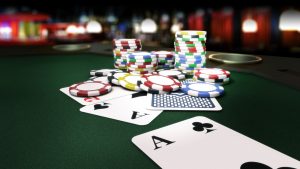 The earliest documentation of when this game was established showed that casinos in the Atlantic City were the pioneers and from there it moved westwards. Today, there are few places where this game is enjoyed than Harrah’s Rincon in California and the Rio Gold Coast in Las Vegas.

As with all other casino games, the Asia Poker is govern by strict rules and in our usual fashion we have tried to explain them in terms that even the newbies in the gambling world can relate to.

The games uses a 53-card deck that includes a joker with the joker been used to complete any of straight, flush, straight flush or royal flush. Where the joker isn’t used as any of the listed, it is regarded as an ace just like in pai gow poker. One the wager has been made, the player and the dealer get 7 cards each.

The medium hand has pairs and two singletons with no straights and flushes. The dealer will then set his hand in line with the house-way which means comparing the player’s three hands to the corresponding dealer’s three hand. Where there is a tie or the dealer gets a higher value, the house wins, otherwise, the player smiles to the bank. 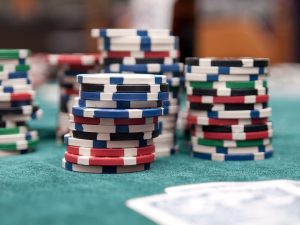 Where a player wins at least two hands of the three he played, he shall win even money on the amount wagered. If not, he losses. Fortunately, there are no commissions charged on winnings. Additionally, Bonus Bets can be offered usually based on the traditional poker value of the player’s initial seven-card hand. To understand the pay tables of the Bonus Bet, we have provided further clarifications below.

Strategy: It is important to know that most hands will be conspicuous and if you are not sure of what to do, you should request that the dealer set your hand in line with house-way.

House Edge: The house edge for most casinos is 4.82 just as implied by the game owner himself.

House Way: Based on the House Way in the Gold Coast in Las Vegas, please note that some game houses lie Harrah’s uses a different house way. Cards in line with house way are defined into groupings such as 2-6=Low, 7-10= Medium and J-A= High.

Garbage: Players must endeavor to play the third highest card in the low hand, the 2nd and 4th highest cards in the medium hand and the rest should be played in the high hand.

Two Pairs: When you have a pair of kings or aces without any high singletons, you should play two pair together in high hand. Or else, split the two pair and play the highest singleton in the low hand, the low pair in the medium hand and the rest in the high hand.

Full House: The traditional way to play a full house is to ensure that the highest singleton in the low is played before any other card in the low, the pair in the medium and the three of a king and possibly the low singleton in the high hand. When you have three queens or higher with a medium or low singleton, you may split the three of a king into both low and high hands ensuring that the pair is retained in the medium hand. Once you are assured of at least on singleton, you can play the usual way.